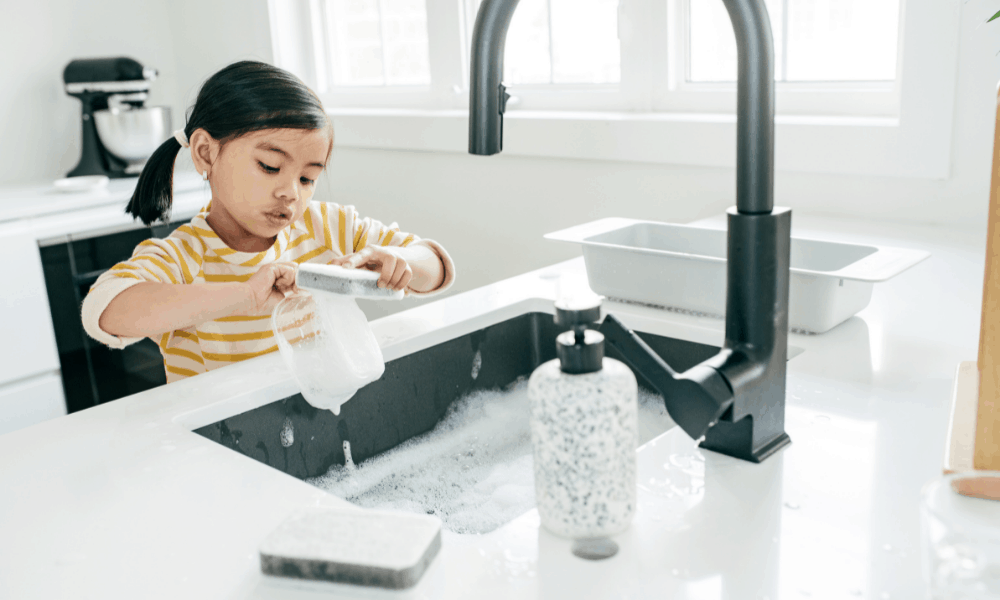 Do you recall your childhood when your mom would tell you that it was time to do your chores? Remember how you rolled your eyes and threw a tantrum? Although you may have hated chores as a child, I know I did, studies have shown that chores actually lay the foundation for a successful life. Plus, parents always appreciate a little help around the house.

Responsibility is the key to a successful life. Every day, there is going to be some sort of task that needs to be done, and your parents won’t always be there to do it for you. Responsibilities start to pop up as children get older, go off the college, get their first job, move out, etc. By starting the habit of doing chores early on, your children are much more aware of their responsibilities. Being successful requires a great deal of responsibility and doing chores will help jump-start the cycle.

Chores are the exact opposite of lazy. They require your child to perform tasks in a timely manner so that all aspects of life are in order. As they grow older, your children will come to realize that they can do things on their own, without your help. They will learn to become more self-sufficient and provide for themselves more, taking responsibility off your plate.

Chores may seem small at first, such as folding the laundry or setting the table. However, as time passes and your children become older, their responsibilities become greater. They are now required to pay for their car payment, mow the lawn, or pick their siblings up from school.

As chores lead to larger responsibilities, your child becomes more responsible. If they are never required to do anything, they will never learn how to take care of tasks or even people. Having responsibilities doesn’t seem fun to a child, teen, or young adult; however, they will soon learn that no one does anything for you. It’s all up to you to get your chores done as an adult, pay your car payment, mow the loan, etc.

Children who grow up with responsibilities are far less entitled than those who aren’t, which will lead them to become more successful later on in life.

Chores help lay the foundation for healthy habits because they allow children to get into a routine. The more they build upon their chores, the more they will form them into habits. Chores aren’t something that can be done every other month, such as cleaning your bathroom (yuck). Chores are usually done daily or weekly, depending on the task.

Once your child masters their chore routine, it’ll be much easier for them to transition into healthy habits such as working out, earning money, and so forth. Healthy habits that are formed early on are more likely to lead your child to become successful versus a child that has no ambitions or habits whatsoever.

When you’re doing a chore, you’re most likely not having the time of your life, especially as a kid. Chores build mental toughness in children because it forces them to do something that they don’t want to do. Even though they don’t want to do it, it’s still required of them, usually without payment. They also learn to have a greater appreciation for their parents because they see all the things their parents have to do around the house. Chores also build mental toughness because when you’re forced to do something you don’t really want to do over and over, you start to see that it’s a normal part of life. You begin accepting chores for what they are – daily tasks that need to be done in order to keep a tidy life.

Being successful is rooted in mental toughness. When children learn how to handle tough situations, such as chores, they are much better prepared for even more difficult tasks such as getting into college, careers, marriage, and so on.

The benefits of doing chores far outweigh the tantrums and eye-rolling you may get as a parent. You can rest easy knowing that giving your child small tasks to do every day or every week will help them grow into a responsible, self-sufficient, successful person. They may not care for it now, but they will thank you later on because they will be far better off than the children who weren’t required to do anything.