I recently shared how I made some Thomas and Friends costumes for my son’s 3rd birthday train party. He absolutely loves Thomas the Train so it was a no brainer we would throw him a train party. However, I wanted to keep the party decor simple and modern at the same without being too commercialized.

With a simple, modern party printable train set, blue and red striped tableware, wooden favors, and some easy train inspired food and snacks, we were able to pull this train party with relatively little work.

The main attraction, other than the DIY cardboard train costumes, was a trackless train that came around and gave all the kids a ride around the block! The kids had so much fun blowing their train whistles and waving to neighbors. This was huge hit at the party. 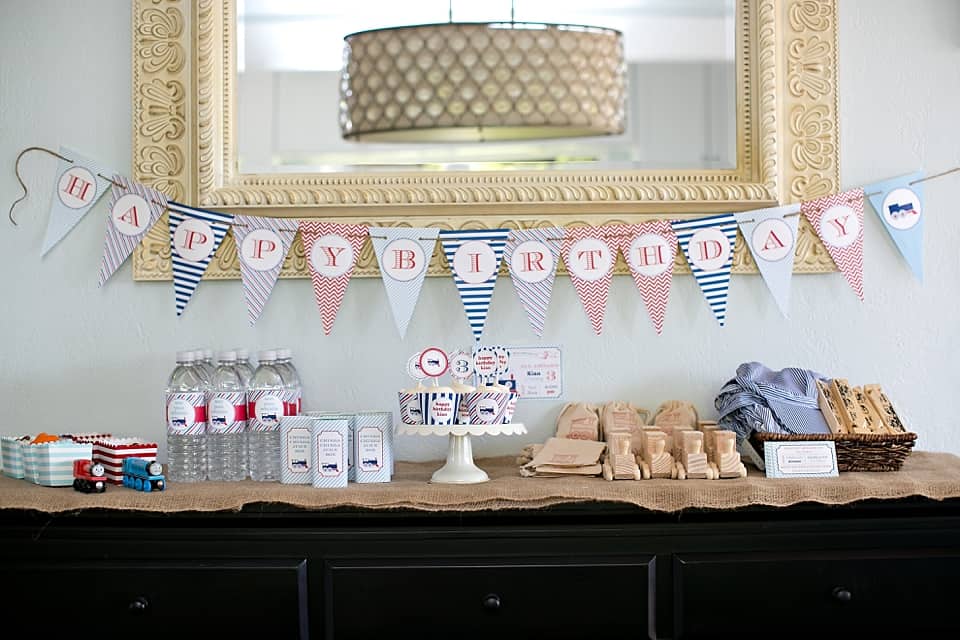 Using a party printable set is a cost efficient way of pulling an entire theme together. The one we used had everything from party banners, juice and water bottle labels and food/label tags, to cupcake toppers and invitations. 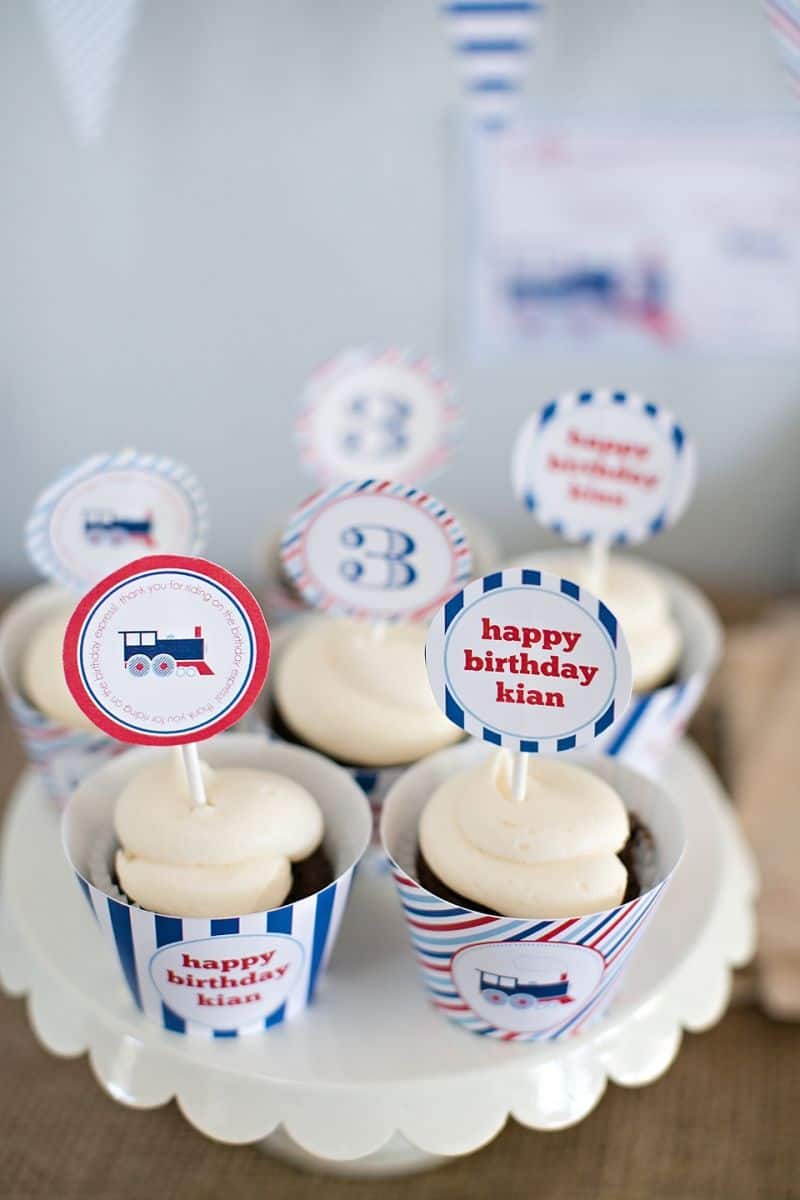 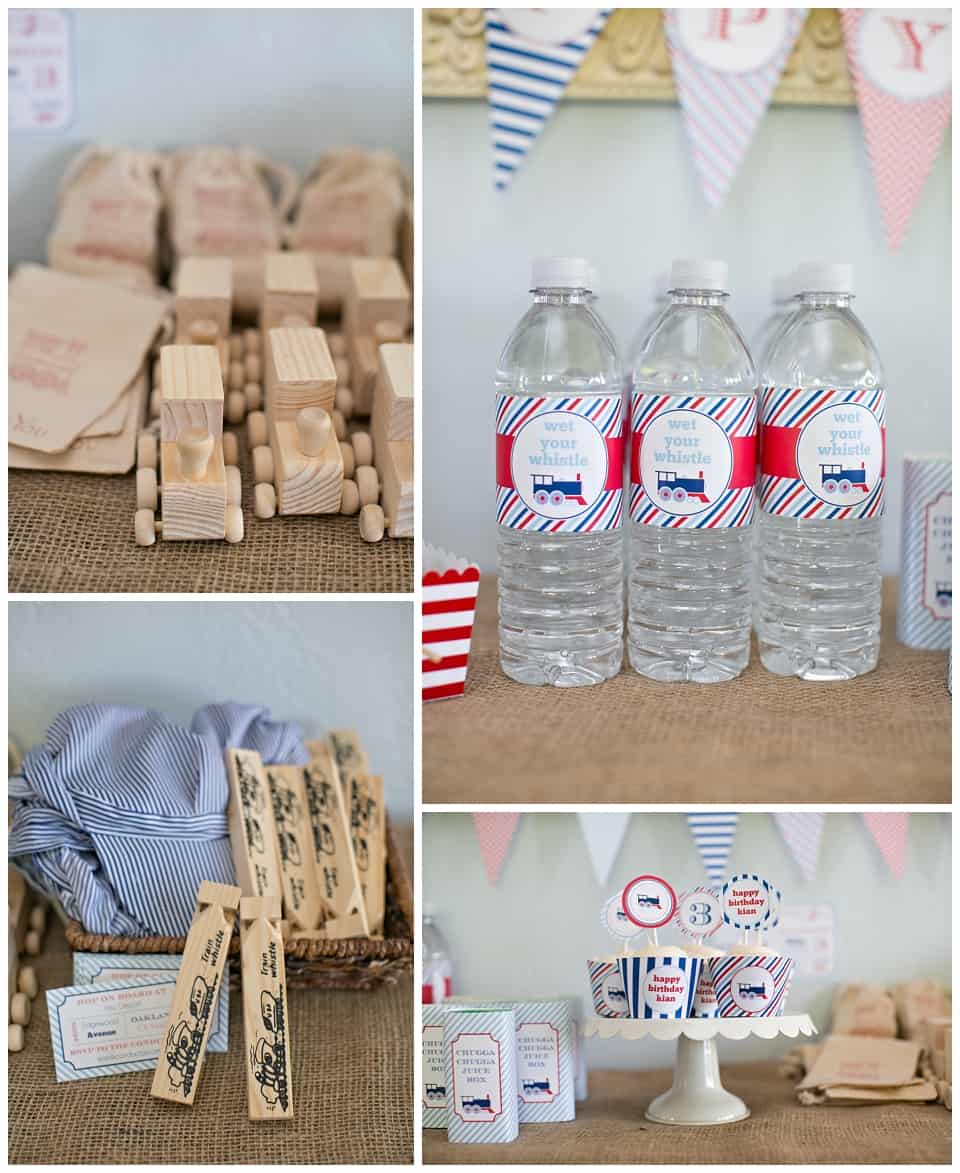 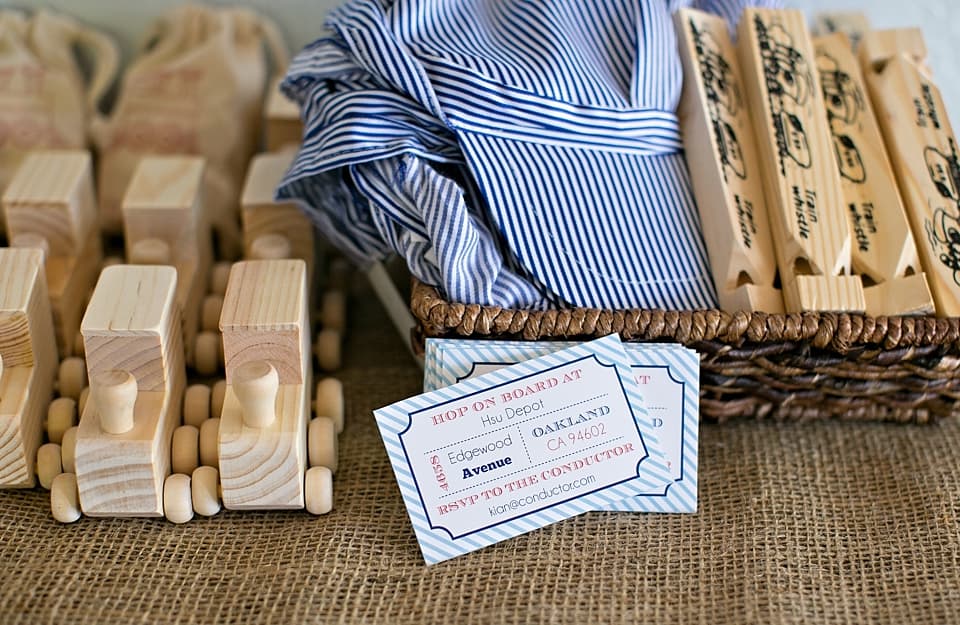 We laid out out conductor hats and wooden train whistles for everyone to wear on the trackless train and cut out “tickets” that came with the free printable set. 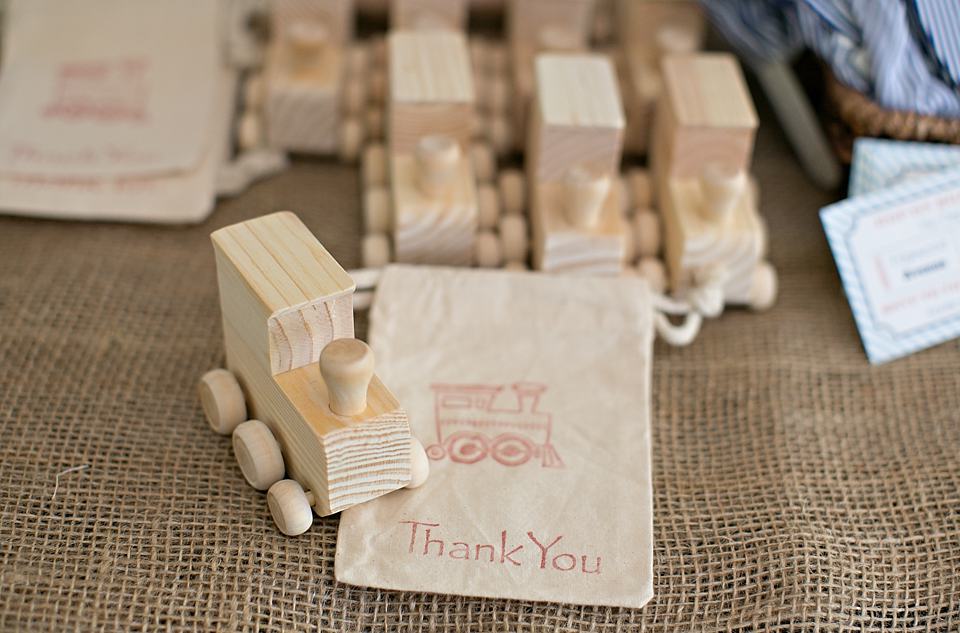 The favors were a simple wooden train that kids could take home and paint inside a simple train stamped muslin drawstring bag. 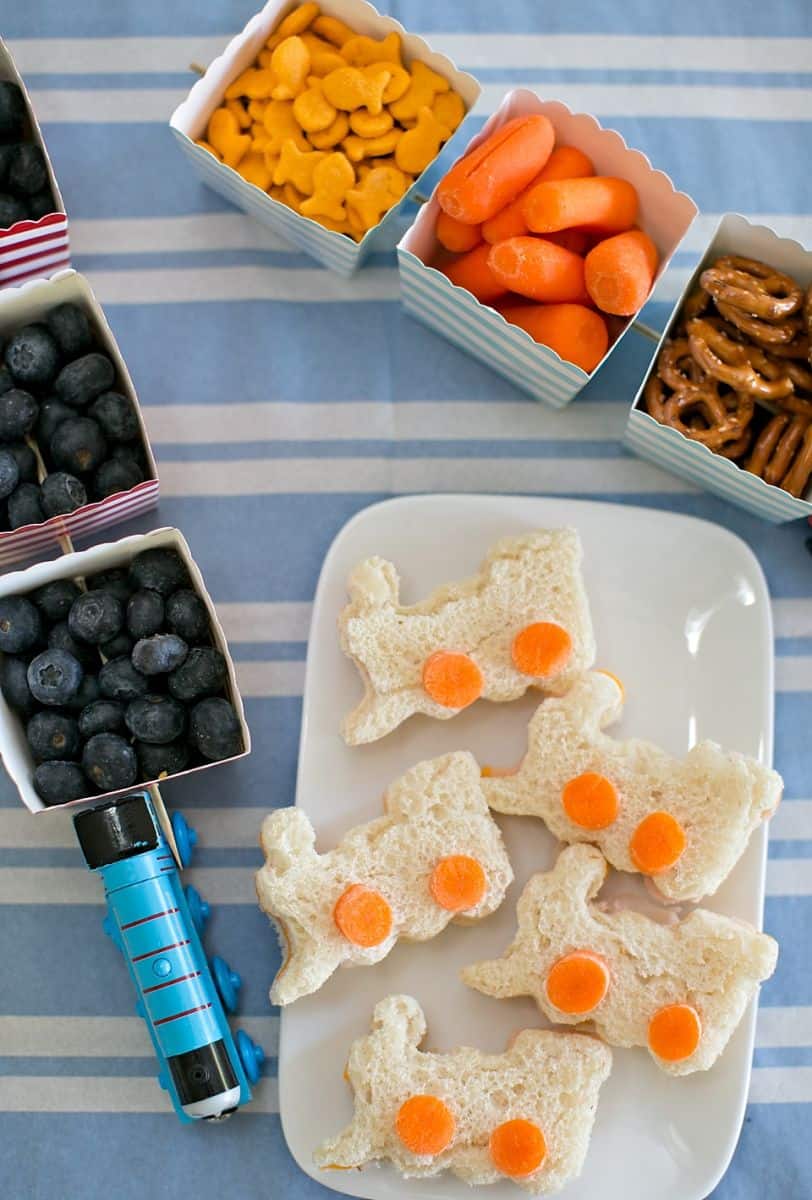 By putting skewers through these decorative striped favor boxes, we made them look like train cars. The sandwiches were easily made with a train cutter with carrot wheels! 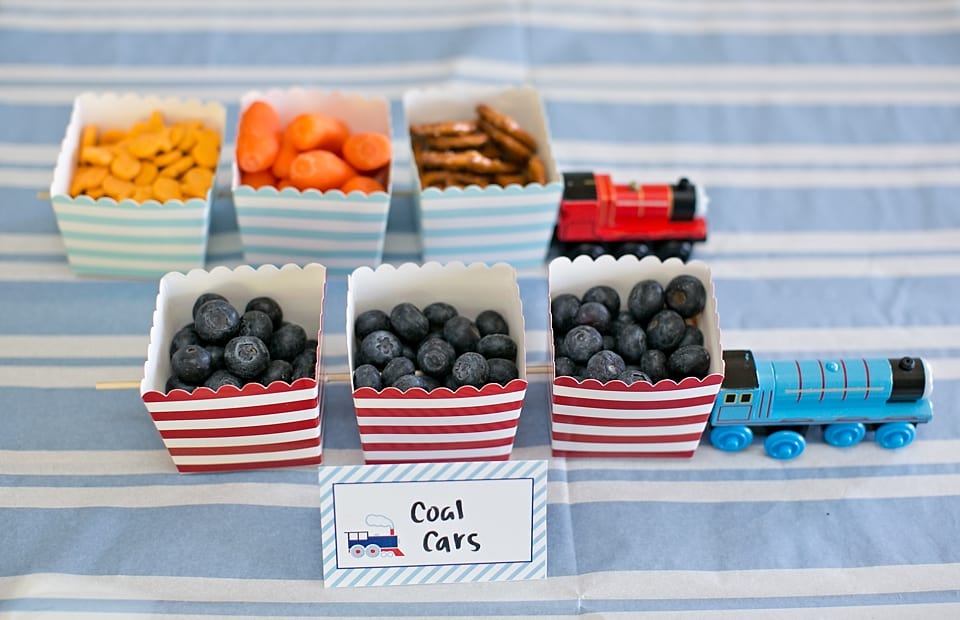 Use blueberries to fill up the “coal cars” for a healthy snack that’s also in line with the train theme. You could also decorate the table using your child’s existing train collection with is what we did. 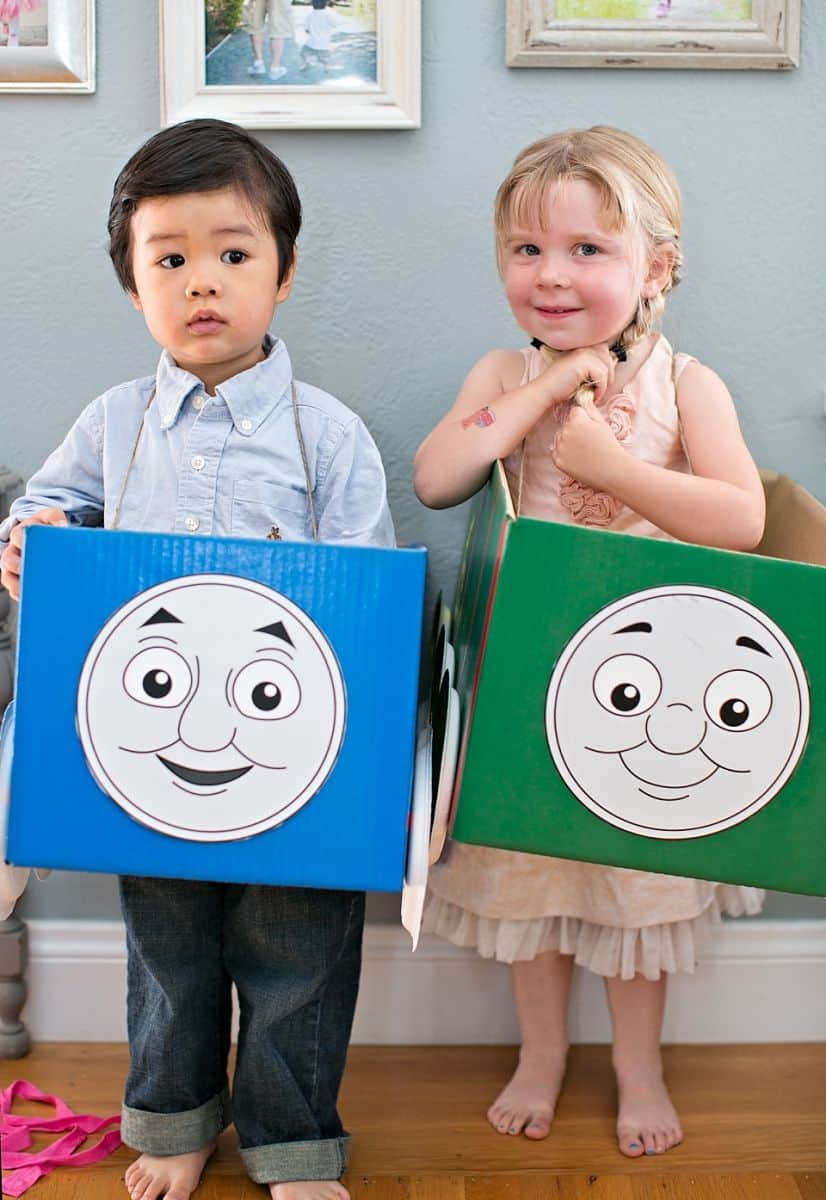 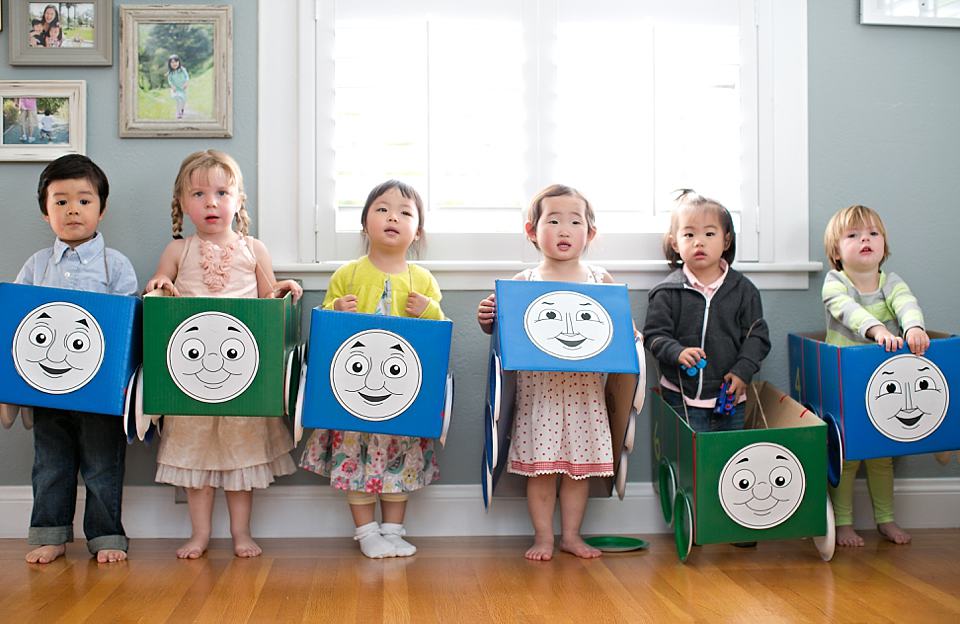 Here are the kids wearing the cardboard train costumes. They absolutely loved running around in them and got to take them home as a special party keepsake. 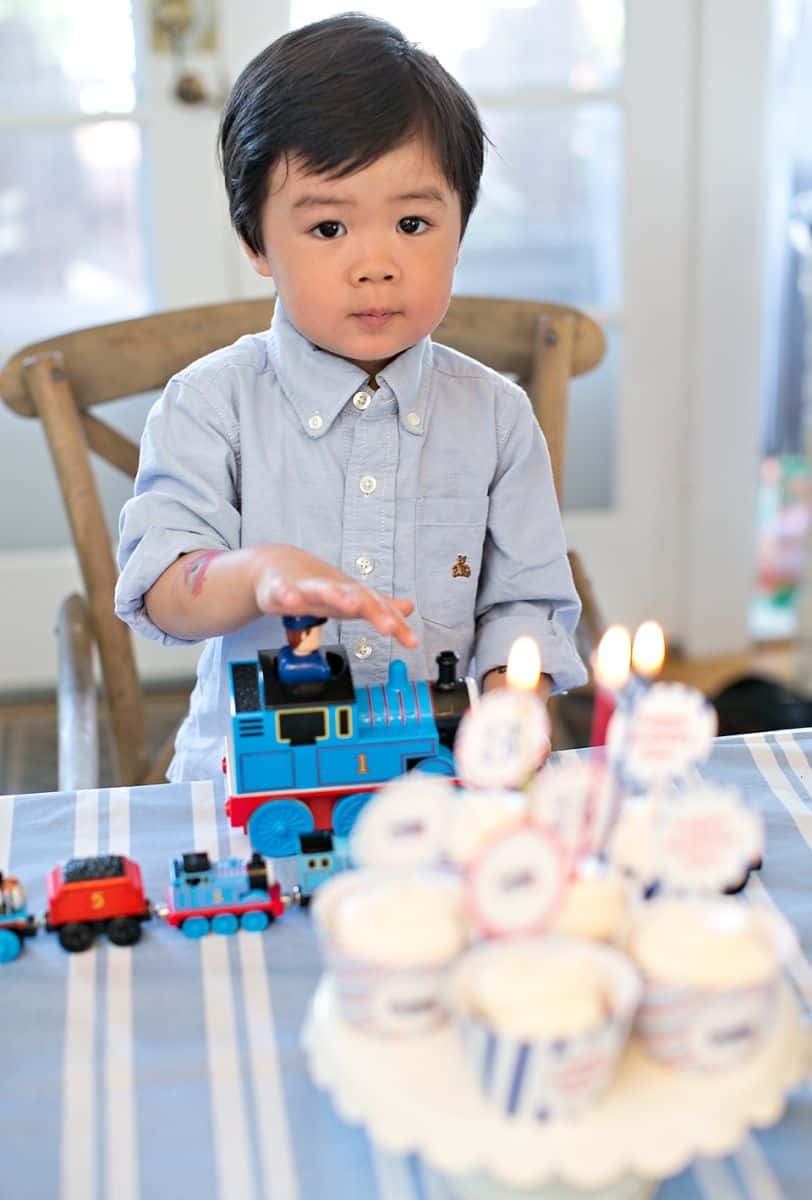 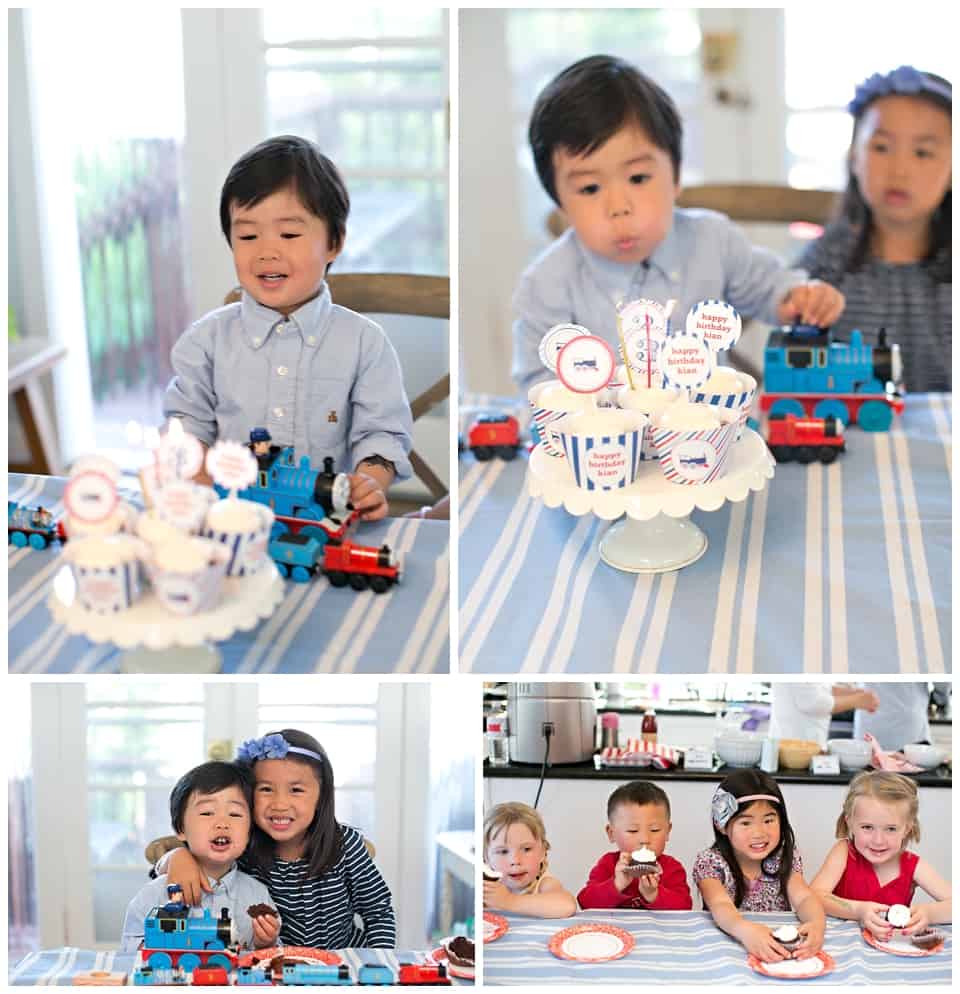 Blowing out the candles with all the party guests. 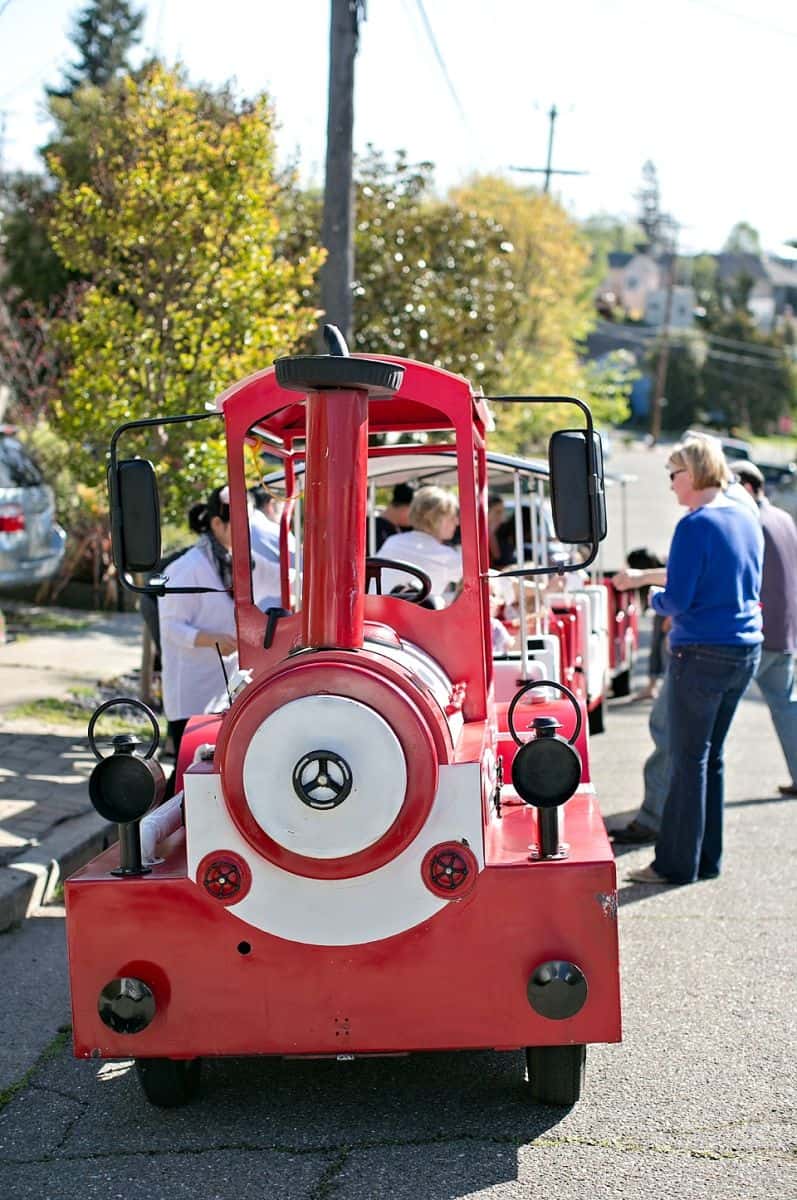 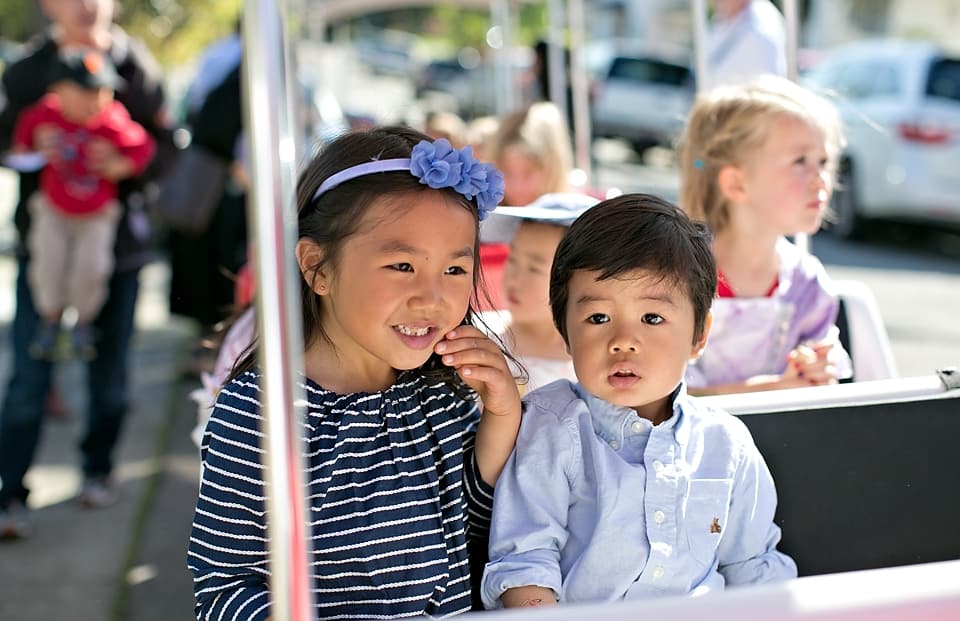 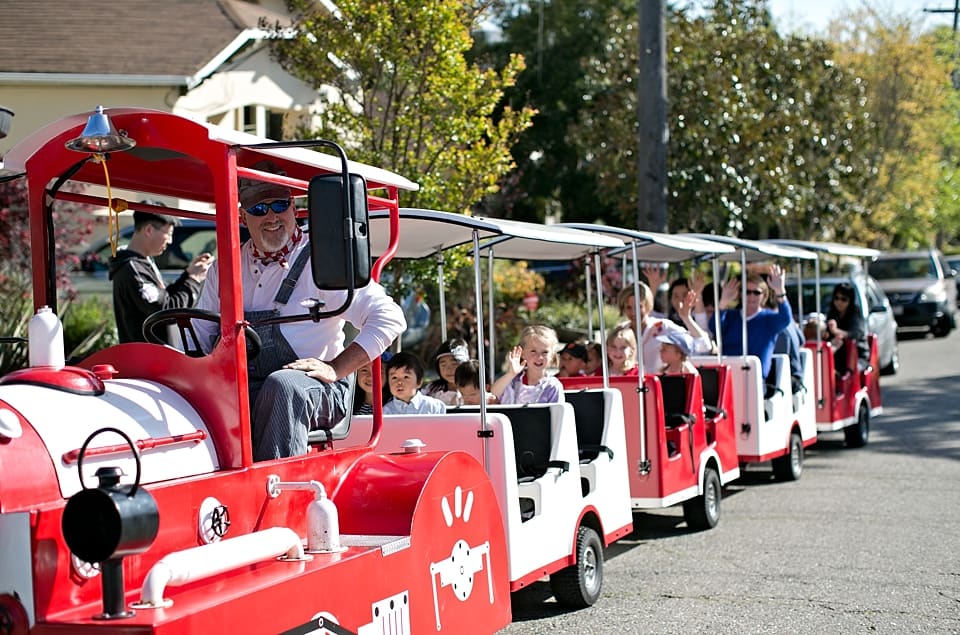 The trackless train was by far the biggest hit of the party. It played fun music and the kids had so much fun blowing their train whistles and waving to neighbors along the street.

Have you ever thrown a train party before?