You may have seen or or heard of the amazing images from this creative mom who turned her baby’s naps into wondrous, magical dreamland scenes. Sioin Queenie Liao is a freelance artist who’s done a spectacular job of blending the natural joy of motherhood of her three boys with her hobby of photography, drawing inspiration from the style of Anne Geddes and Adele Enersen to document her son Wengenn napping, who was three months old at the time.

Her photo sets of Wengenn pull from her childhood fascination with fairy tales and became the whimsical settings for these photo sets, which focus on Wengenn as a sleeping baby, staged with props and scenery made from clothes, fabrics, toys and other household items. That was the beginning and now she has over 100 photos in the series, consolidating the photos into an album that is titled “Wengenn in Wonderland.”

The album is available as a Chinese version in Taiwan and there is an English version of the book coming as well. The book contains the photos as well as instructions on how to recreate the fantastic scenes, and also provides some art projects. You can also follow Liao on her Facebook page to view her latest imaginative photos. 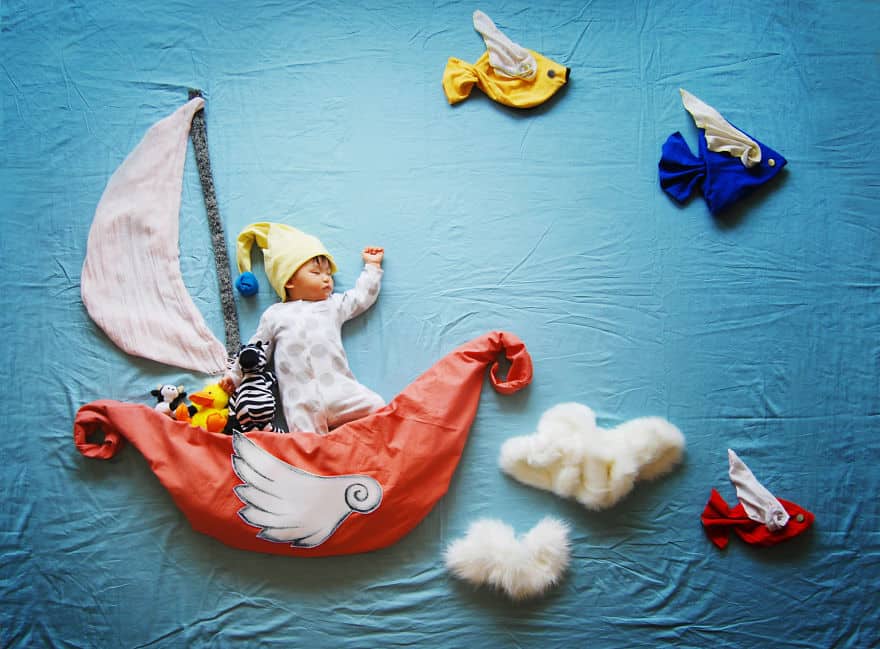 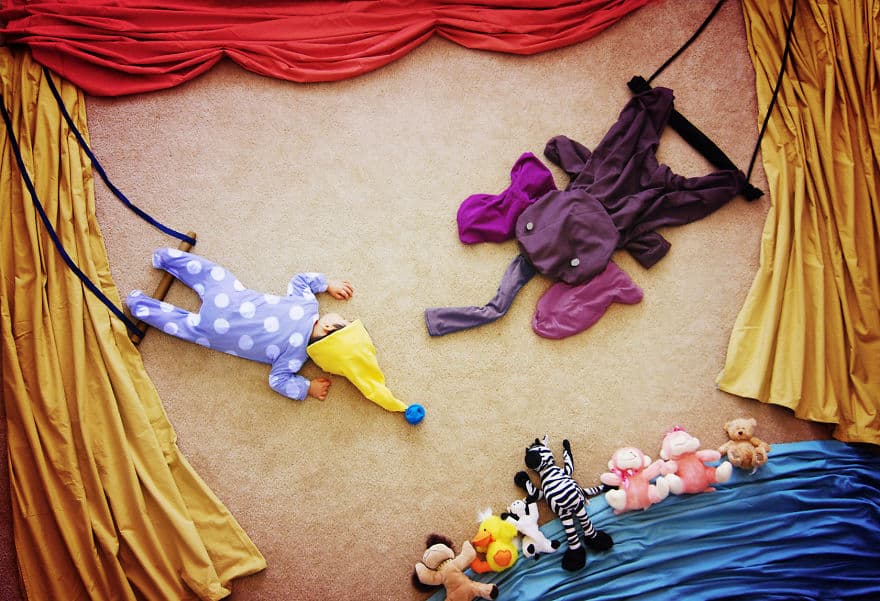 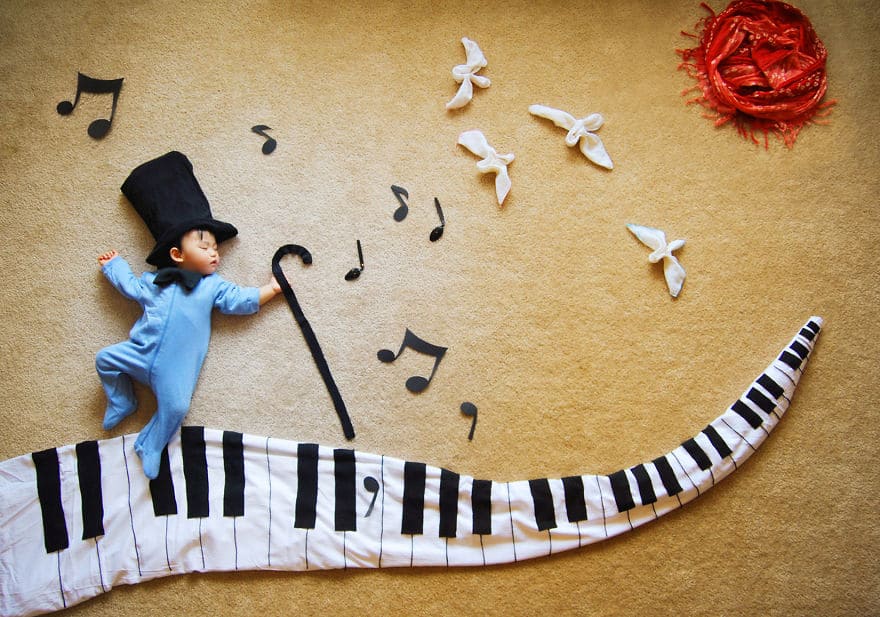 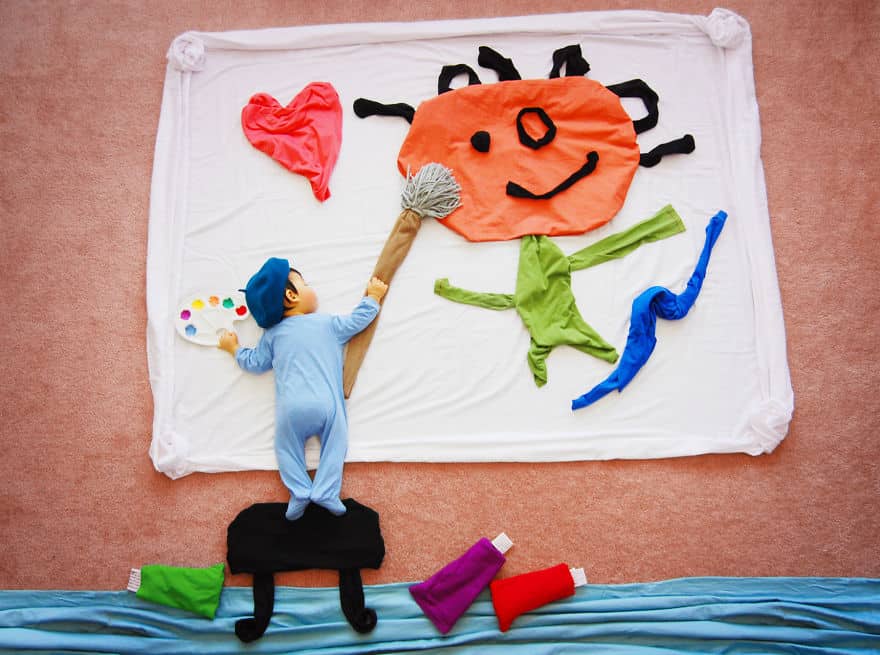 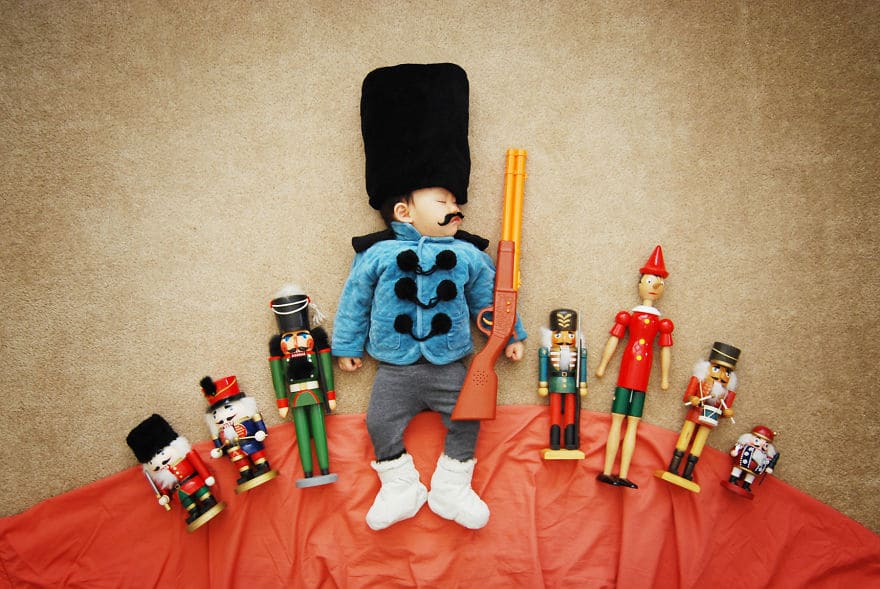 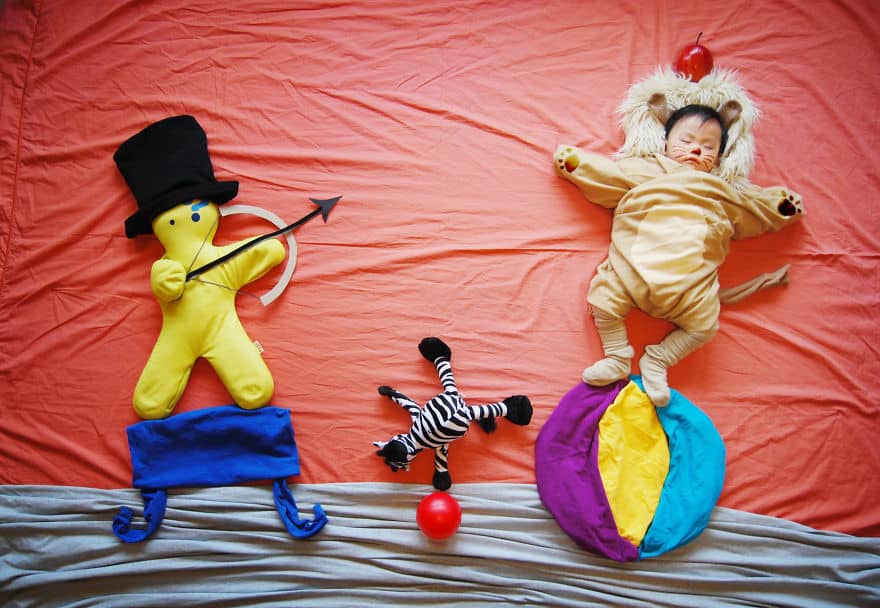 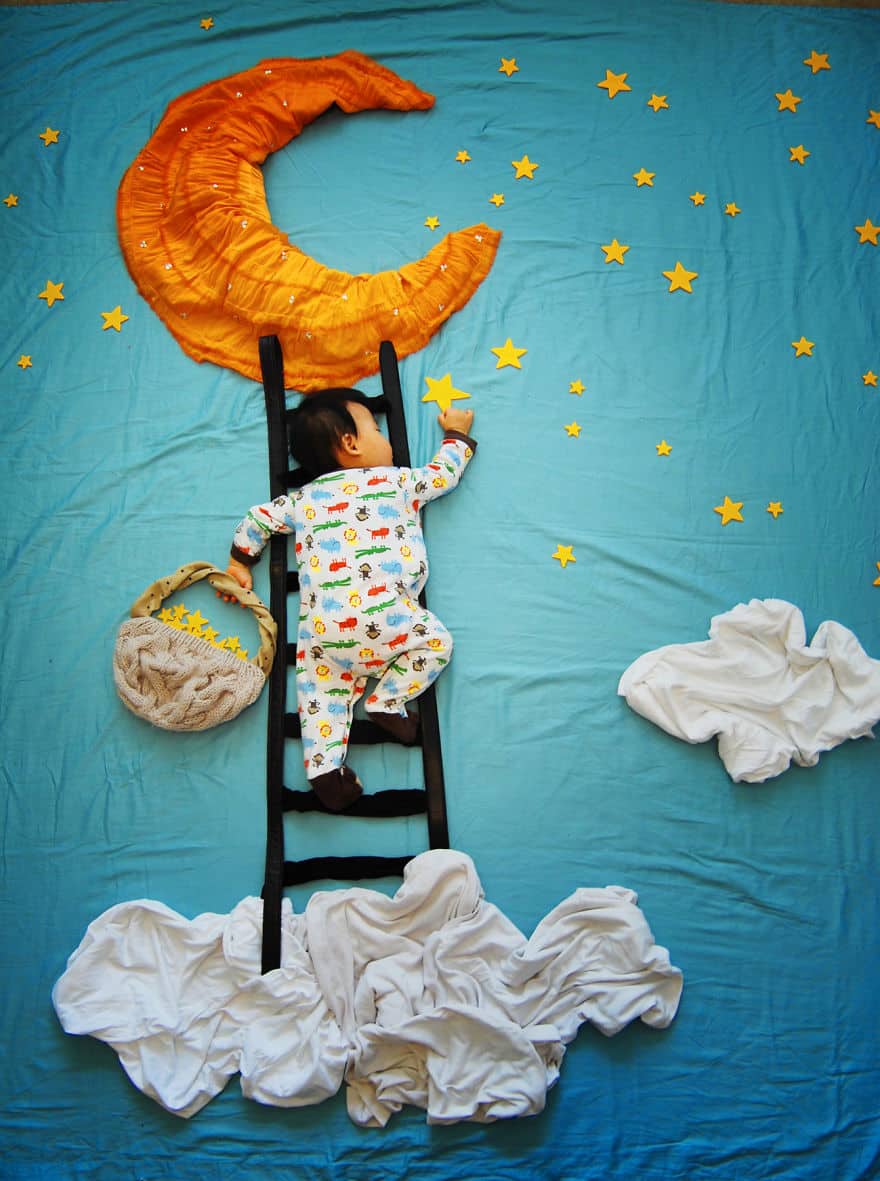